Well I took it right to the very edge of the event horizon - beyond which point there is no return - from the Lairig Ghru. I'm not quite strong enough to venture in so I just peered through from the edge and then banked sharply to the left and headed on home. Even on a day like today when the weather is pretty good, the mountains where still shrowded in mist and low cloud so I definitely need a few more strong, long runs before I go on through - maybe next year. 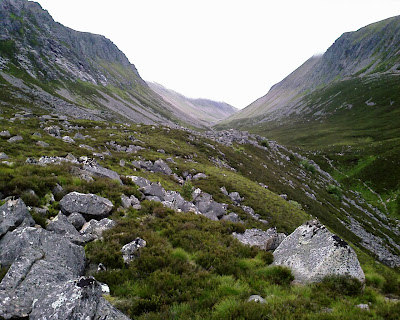 It was a tough run covering just over 27km and about 4200ft of ascent, on pretty uneven, rock strewn tracks and trails. The hardest section came shortly after the turn point, crossing through a mountain pass. There were literally hundreds of boulders to navigate - suffice to say running was near impossible. 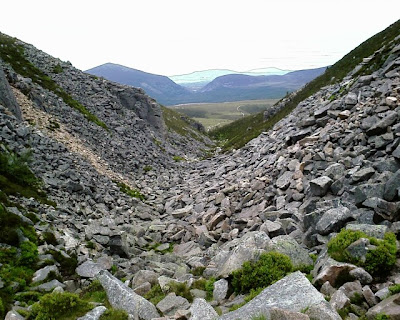 Some of them had to be climbed over - but I still navigated across them pretty quick and I certainly gave a group of hikers a shock as I moved rapidly past while they dilly dallied! I suspect they thought I was a nutter out in my short sleeved top and shorts while they had full gear, top to toe - but then I am the mad runner! (Safety first, DIY second, I did have some emergency gear with me just in case).

All in all it was a good days run. The quads were still a little sore from Monday so I fully expect them to be bad tomorrow so it will inevitably fall to just a golf day.

Thought for the day: The problem with the gene pool is that there is no lifeguard. 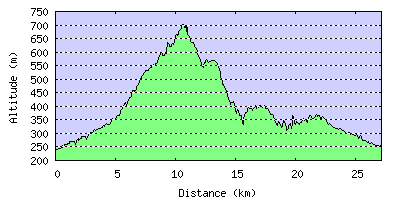