Today witnessed my continuing return to form as I finished (what I consider to be a very creditable) fifth in the Heart Of The Park Challenge, a 12km (actually 12.8km on the GPS) multi-terrain, fell style race with about 2,000ft of ascent. Unfortunately, the river crossing had to be ommitted on grounds of safety because the river was too high and fast - which was a bit dissappointing because I was looking forward to that part.

Anyway, I set off steady in about 15th place for the first kilometre and steadily picked off a few runners during the first of the climbs. Then I zoomed past a few more on the descent to move into about tenth place by kilometre three. The race then entered the settled phase - you know, the point when you reach relative pace with those runners ahead and behind. I then just dug in and started to work towards those ahead of me. At about kilometre five we hit the 'bog'. There were five red flags dotted across the watery depths which you had to touch as you went passed - no skipping round the outside permitted - wet pants were the order of the day. The water came above the knee in places but you just had to plough on through. 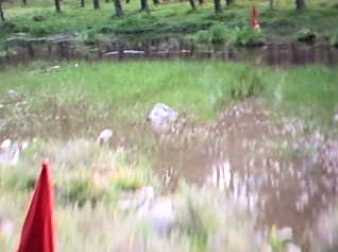 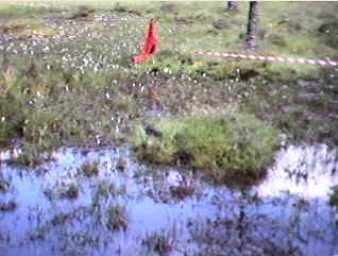 Gradually I gained on those ahead of me. I made steady gains on the uphills and rapid gains on the downhills. 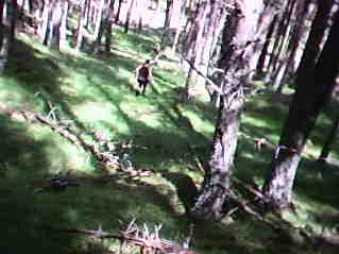 A downhill section
By kilometre ten I was up to fifth place and the outcome was settled. The guy infront was about 250m ahead which was too much to close down. The lie of the land was perfect for me - a narrow, twisty, rocky path alongside the River Dee but the gap was just too much. Although I gained some it was too big an ask. I knew the guy behind was beaten, suffice to say I pulled out a massive gap on him come the end. 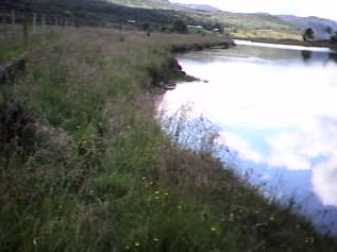 Alongside the River Dee
I exceeded the tenth place target I had set for myself and all in all I'm pretty chuffed. I ran a good time and was within five minutes of the lead runner at the end. It's all starting to fall into place. Just need to see what kind of road times I can put together now. I feel tons stronger than a few weeks ago so hopefully I can stay the distance at my next 10k - whenever that may be, suggestion welcome......

Thought for the day: If you find yourself in a hole, the first thing to do is stop digging. 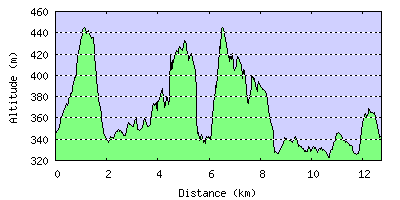 PS. 'Episode 14: North Of The Border' is in preparation but won't be online until I get home - I need my fast connection to get it uploaded (techy/nerdy stuff you can switch off now if you like).
Email ThisBlogThis!Share to TwitterShare to FacebookShare to Pinterest
at 7/15/2007 04:29:00 pm