Well I didn't have any but I sure as heck needed a pair - it was snow-rific out there but I think I've seen enough of it now. Having spent the week away from home on the grounds of making sure I could get to work I really don't want to spend another week in a similar fashion. Please let Michael Fish get it wrong - again - and the forecast of more snow on Sunday be total bobbins. Fingers crossed.

Anyway I managed just over eleven miles with 2,500 feet of ascent but it was slooooooow going. It wasn't too bad along the flat - although I was slipping around a little. The descent was fine. In fact, it was bloody good fun. Piling down into the unknown. Would your foot strike something solid? Or would it be deeper than expected causing a stumble - I kept my feet.

If the coming down was fun the going up certainly wasn't. I ran the Longhope Three Peaks with the enigma variations to mix it up a little. That meant there was a fair bit of up. Going up was just non-stop slip after slip after slip - I should add that it wasn't the kind of slip on your arse slip, more the two feet forward one foot back type. Although only eleven miles it felt like fifteen by the time I arrived home.

Well I'm off to rest up now because I'm knackered. Oh yeah, and here are some photos and the route. 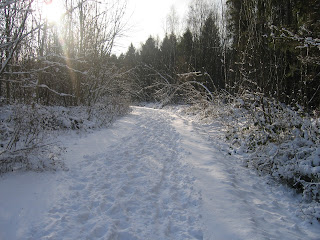 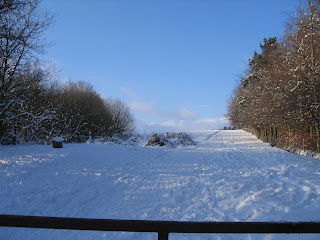 Almost to the top of May Hill 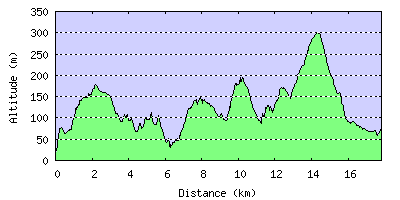