Out and about for another run, the Longhope 3 Peaks - which actually takes in five hills but we only count three and I managed to run them all. I was, however, not quite so strong as the other day - Helen was pulling ahead - or had she improved? Whatever.

During the run my legs felt tired - even after a days rest. That didn't please me but the 10 miles and 2,000 feet of ascent gave me a slightly warmer glow. I'd like to think I'll be hopping on the bike later but the chances of that are slim - and should I rest up anyway, on account of the legs feeling tired?

Regardless of whether the bike session happens I'm still pleased with the amount of training I'm hitting right now. I expect it to dip at some point but, at least for now, I can be satisfied. It's a new year, out with the old in with the new. Time for a fresh start. A new decade of running. To that end I've now joined Chepstow Harriers. I'm a bit sad at leaving Bristol & West but I won't sever my ties there. The time feels right... 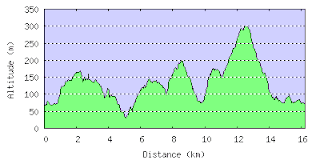