Well I made it home safe and sound after a successful training weekend away. Day three wasn't quite so nice weather-wise and, having been kept awake till the early hours, the heavy rain drumming on the van roof, when the alarm sounded at 7:15 I felt knackered before I'd even begun.

Carrying on with the plan I dragged my sorry ass out of bed, ate breakfast - not forgetting the all important FBC - and by eight I was out into the hills. The clag was well and truly down but at least it wasn't raining - at the start at least.

Most of the climb was going to be in the first half and after than just a few small ups. As it turned out all the climb was in the first half as I dipped out of running to Hartsop Dodd and dropped into the valley instead. I was feeling tired, the rain - didn't I mention it? It had started again and was getting on my nerves a little and, after some good training, I was ready for home.

The irony of today - if it is irony, which it probably isn't (I'm sure James will let me know) - was that by the time I got into the valley things started to look brighter and it was a pleasant valley run. Steep in places, runnable in others. By the time I got back to the van the sun was just about out and the clag had risen above all but the very highest peaks. On day one and two I would've just about been starting out at that time. It looked like those lazy souls heading out as I packed up to leave were in for a corker. And me, the early worm, got the murk and damp run but I enjoyed it despite conditions. After that all that was left was the drive home. It's never a great journey. It always seems to take longer coming home than going - and not just because of the extra traffic.

The only downside to today was the slightly reduced mileage 13.5km and 750m ascent. Still, I've managed three mountain days back to back. 61km and 3450m ascent in total. Stats I've not achieved for a while and my legs actually feel surprisingly pain free. I reckon boot camp tactics might be the way forward. Bring on the 1st of May and boot camp number two...

And now a couple of pics... 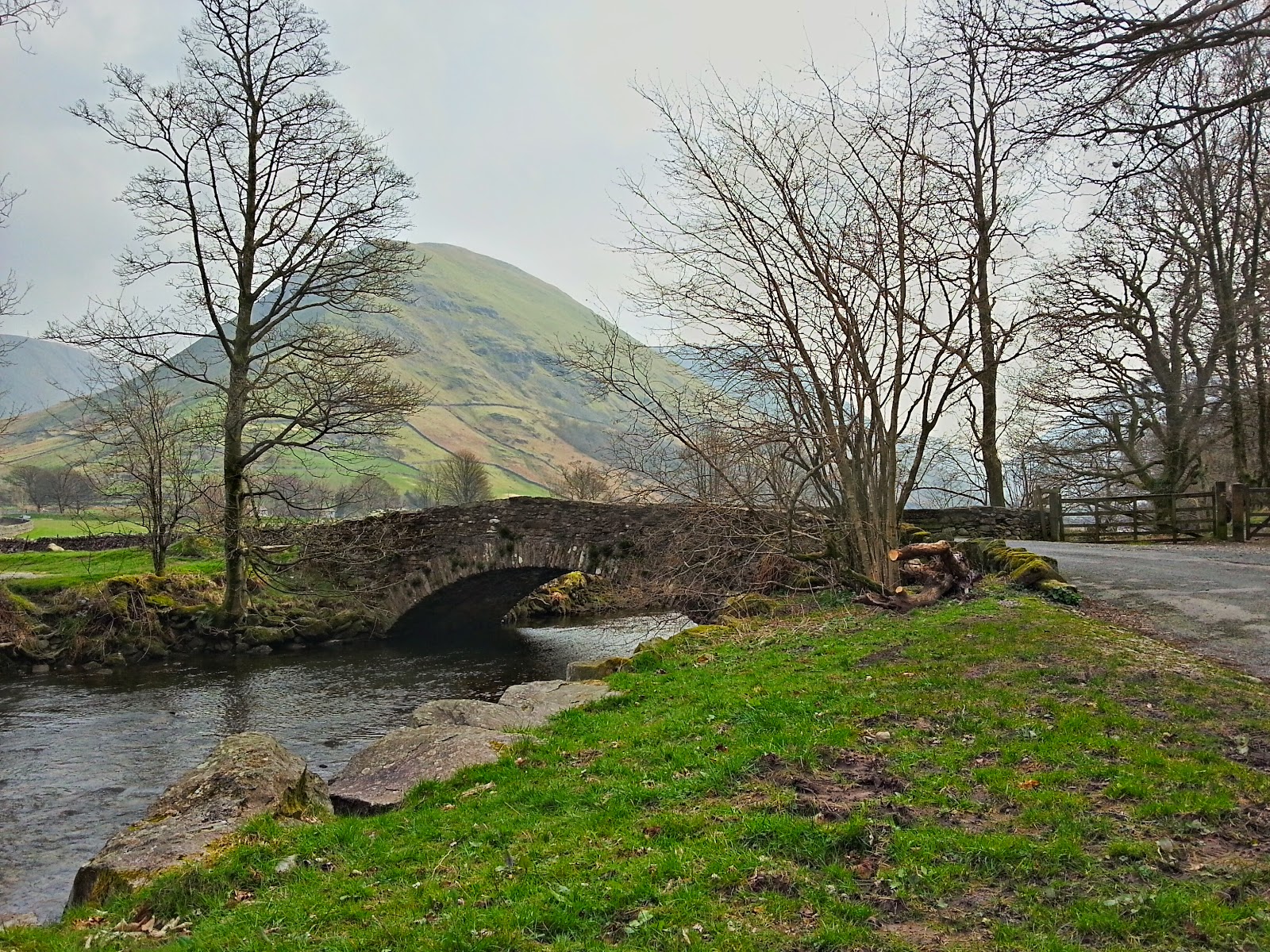 The view from the van last night, Hartsop Dodd

Yesterday, on the way towards the top, heading towards Striding Edge 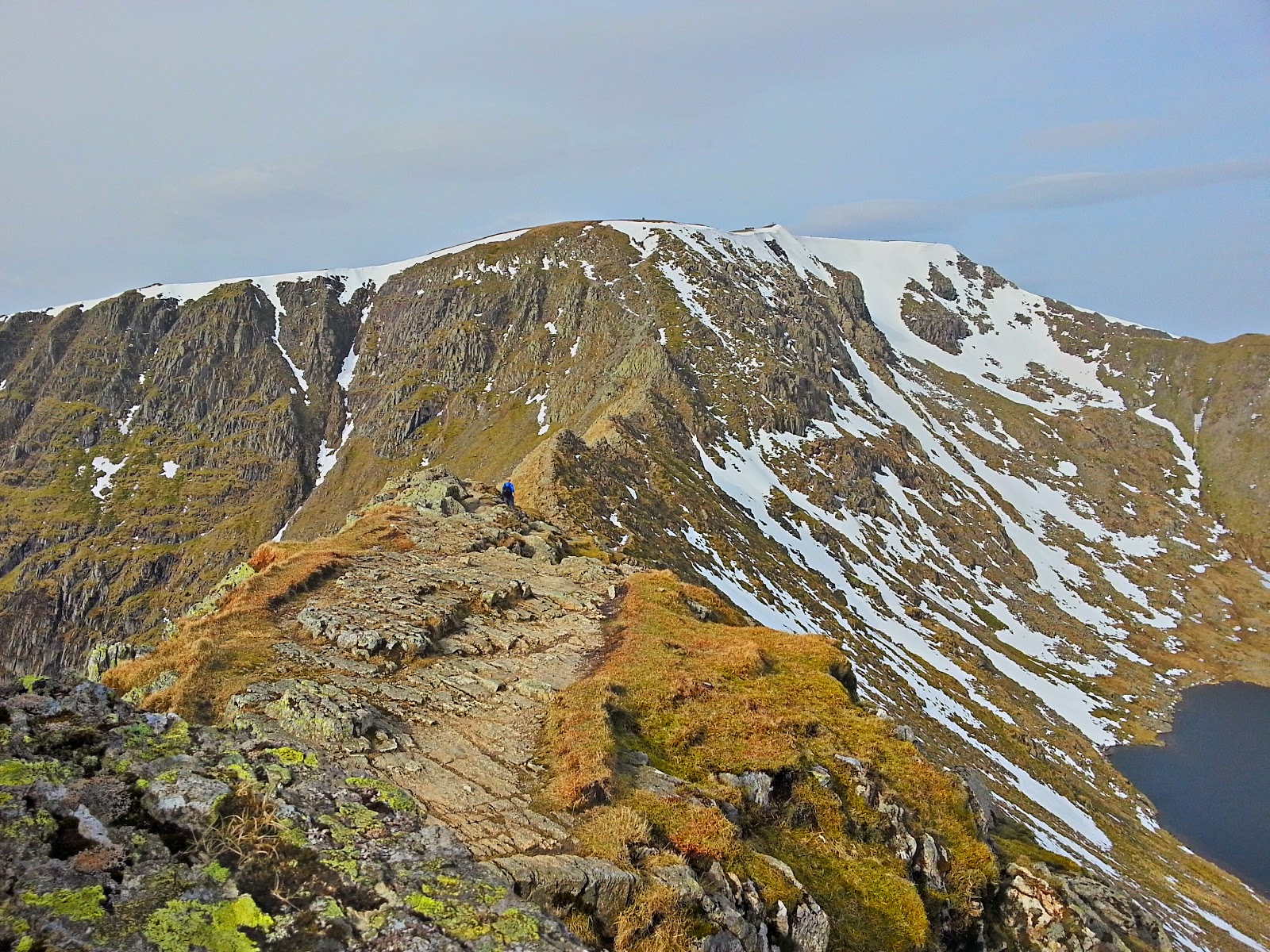 ...and then onto Striding Edge