Running With The Romans

and the route has changed since the last time I ran the Chedworth Roman Trail. It was most of the same bits - just not necessarily in the same order. At almost 17km it was my longest race this year by a margin. Not as much ascent as a fell race but it still racked up 330m. Overall I went okay but began to cramp up in various leg muscles with three or so kilometres to go. Nothing too major and I made it to the finish in one piece - and then had my customary coughing fit.

Being a pro-athlete [cough, cough] I'm not really one for medals but today's one was actually quite a nice one, made from wood (hopefully from a sustainable source). If I ever decide to get rid of it I can bung it in the shredder and make it into mulch. 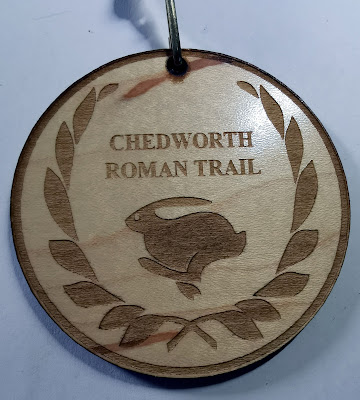