but I finished strong. Coinciding with the real UCI road world championship, Zwift has been running virtual events all week. I've not been in a fit state to compete until today. To begin with I couldn't get going and began to think I still wasn't in a fit state. My power was way off FTP but I was trying pretty hard so it didn't make sense. Into the climb I was still struggling to generate any power but as the climb progressed I picked up. By the top of the climb I was grinding it out above FTP, heart rate heading towards 170 without dying. In the end made it over the top within a couple of minutes of my best.

The descent went pretty well as well and I was able to keep the power up where normally I struggle to keep it going. I was working my way back through the field. Having hit the start of the climb just inside the top 100 I was up to 67 by the time we exited the hill and finished 63rd of 135. Average power was well up by the end, some 30 points more than I was managing in the first few kilometres so I'm happy for now.

And just because, here are some photos from yesterday from the top of Pen y Gadir Fawr. 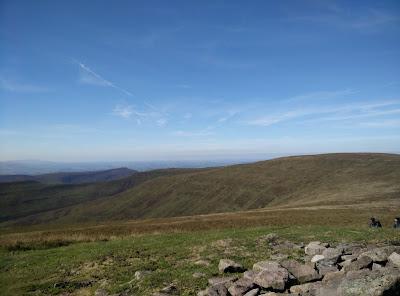 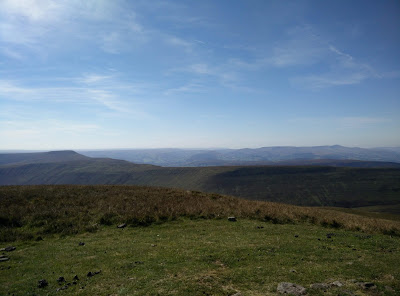 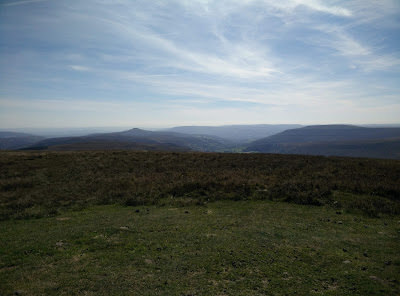 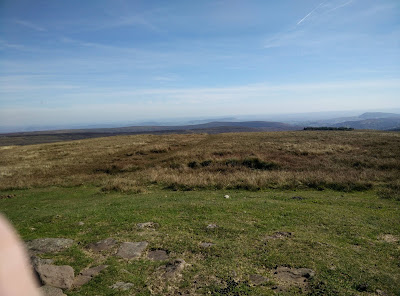